Now – a living will that will address Alzheimer’s Disease, for you and your family. Based on quality of life versus prolonging life!

Henri brings a lifetime of experience to our special needs population. He has achieved many solutions for the elderly who need special care and attention.

He and his wife, Ann Marie, a nurse, entered into the residential housing long-term care industry in 1984. Together, they opened, owned, and operated successful assisted living facilities. his innovative approach to caring for his residents included having onsite physicians, a psychiatrist, and a laboratory. Operating as hands-on caregivers and managers for 11 years.

Henri spent the next three years as a consultant to trust departments of numerous major banking institutions and several elder care attorneys assisting with client assessments. He guided both with his knowledge of the various environments for seniors, whether at home, at an assisted living facility, or at a skilled nursing facility.

He has been involved in numerous organizations and is recognized for countless accomplishments. His highest honor: Administrator of the Year by Florida Health Care Association in 1990.

Henri is driven by his life experiences in the care of our aging population. In 1990 the Governor of Florida appointed him to the Long Term Care Ombudsman program from 1990 to 1995. As a father of a developmentally challenged child, he became president of the Association for Developmental Disabilities, Lamoille County, Vermont.

The past 10 years as Executive Director of an Alzheimer’s Disease and dementia assisted living facility has been his major motivator. Working with the medical victim and supporting family victims on a day-to-day basis has provided Henri with a very unique perspective concerning the end stages of life. These 25 years of hands-on experience are the basis for writing the Alzheimer’s Disease Living Will.

In January, 2009, in the early hours, Henri wrote a Living Will specific to Alzheimer’s Disease.

Yes, a living will that would satisfy his personal desires, should he ever be stricken.

A Living Will that he believes is desired by so many others who have witnessed this horrific disease. 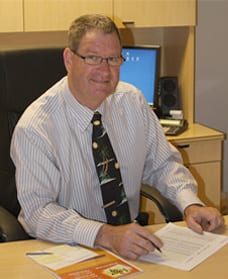